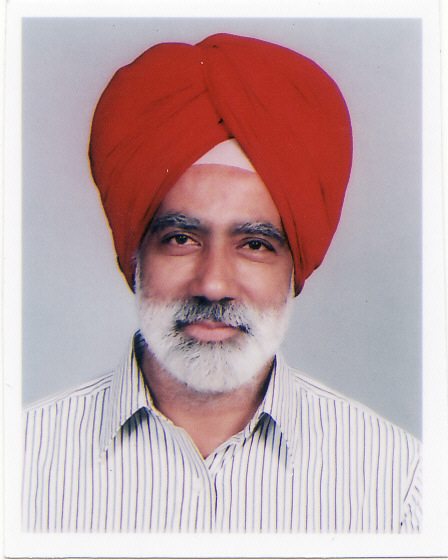 Dr. Parmjit Singh Sehra, First Indian Explorer of Antarctica & South Pole, and also first to do Ph.D. on it. 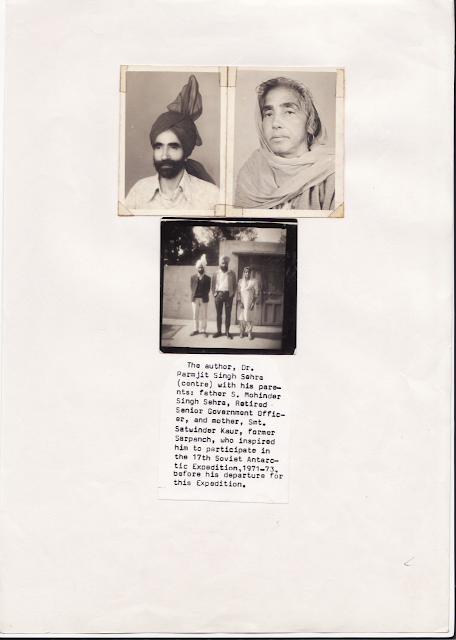 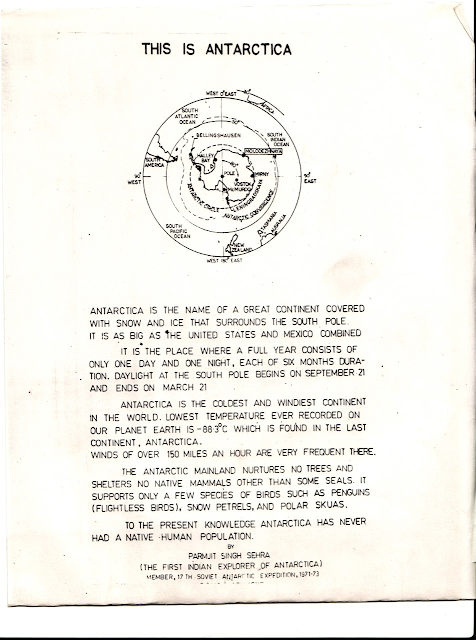 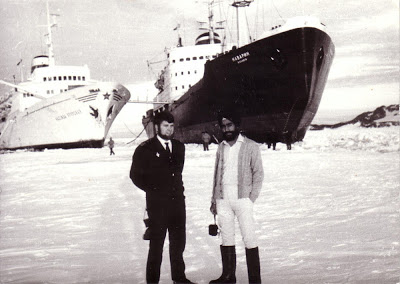 Dr. Parmjit Singh Sehra (Left) with the First mate/Chief officer of the Ship Navarin Comrade Vitaly Evanovich Pashnechney at the Soviet Antarctic station Mirny during circumnavigation of the Antarctic continent in the 17th Soviet Antarctic Expedition, 1971-1973. 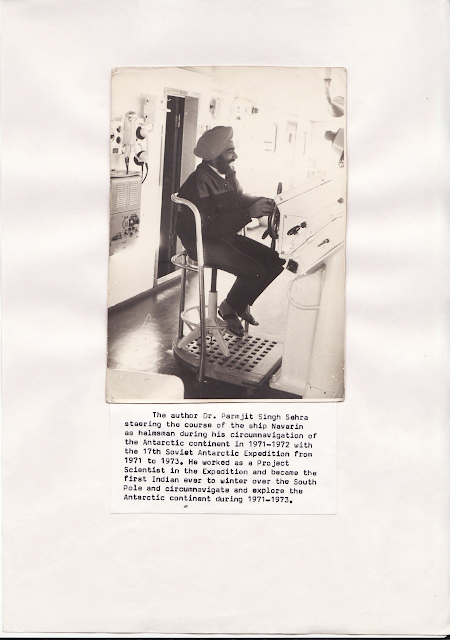 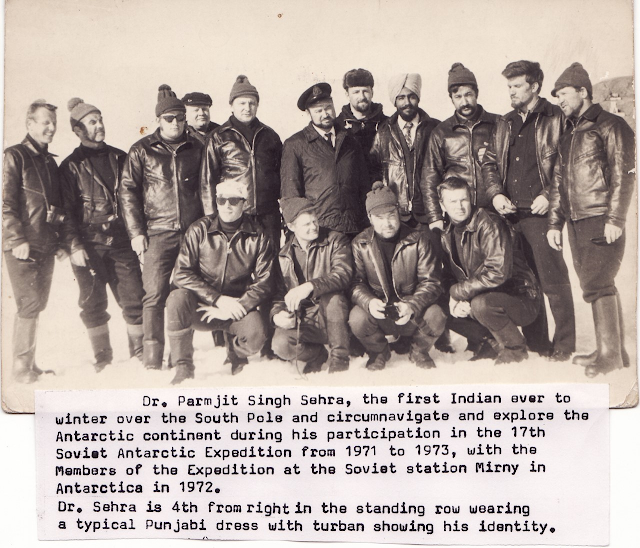 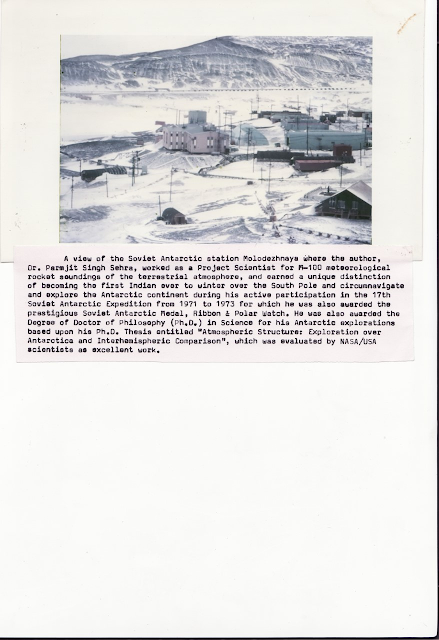 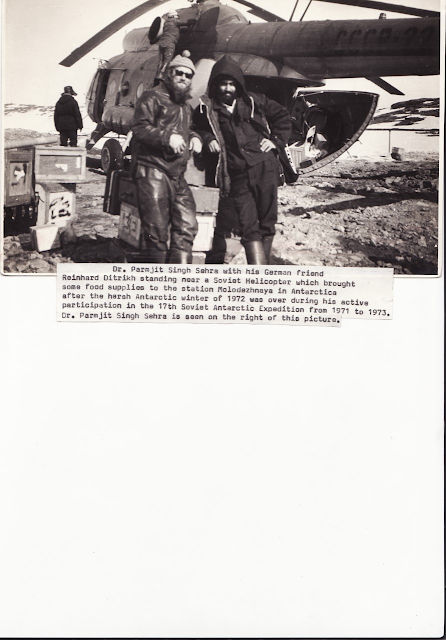 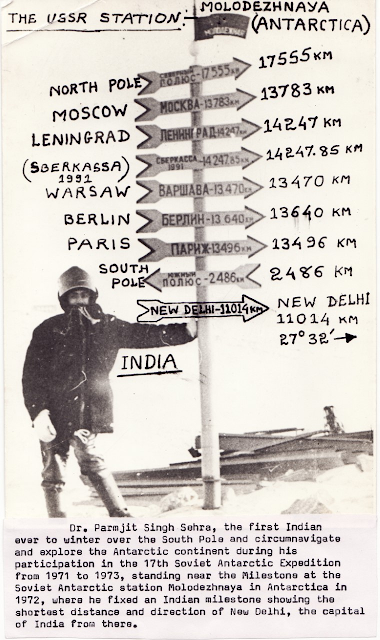 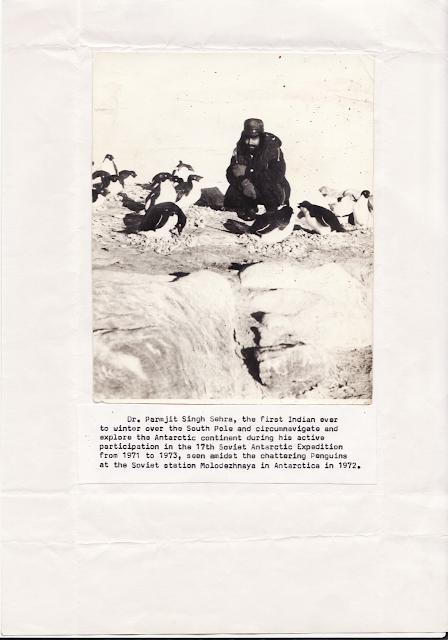 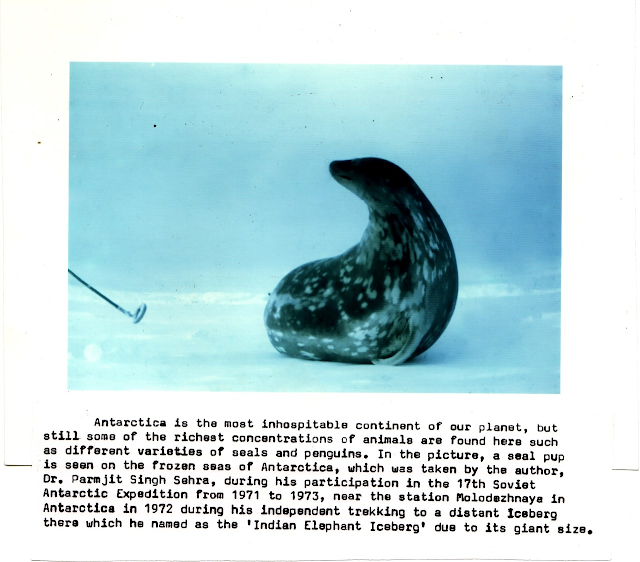 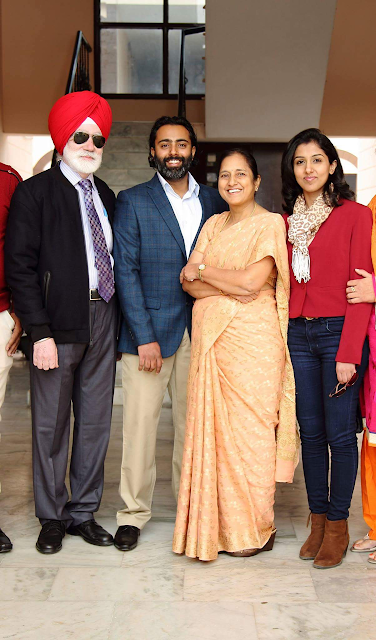 Everyone's first teachers are one's own parents, same for me - my mother Mrs. Satwinder Kaur (Sarpanch of VPO Bhana near Dasuya in Hoshiarpur District of Punjab in India for 20 years), father Mr. Mohinder Singh Sehra (Postmaster), and grandfather Mr. Bir Singh Sehra (Small scale farmer) whom I dedicate my whole life and work.


In India, the Teacher's Day is celebrated on 5th September, the birthday of Dr. Sarvepalli Radhakrishnan (5 September 1888-17 April 1975), the great philosopher and statesman who was the first Vice President of India (1952–1962) and the second President of India from 1962 to 1967, and this tradition started from 1962. He was a man of many good qualities and a favorite teacher among students. It was his request that his birthday should be celebrated as an honorable day for all the teachers in the country, in case someone is wishing to celebrate his birthday at all. So, in a nutshell, we celebrate Teacher's Day because teachers have been the architect of the society and without them no society can walk in the path of progression.

I joined the Physical Research Laboratory (PRL), Ahmedabad on 7th July 1969 for doing my Ph.D. in Atmospheric Physics under the kind guidance of Prof. P. R. Pisharoty and became a pioneer in Antarctic Research & Explorations as the first ever Indian to do so under a joint Indo-Soviet Agreement between the Indian Space Research Organisation (ISRO) and the Hydrometeorological Service (HMS) of the USSR as described in the following links:


The first World Environment Day was celebrated in 1974 in the city of Spokane in USA, but I did it differently by becoming the 'First Indian to do Ph.D. on Antarctic and Global Environment & Atmospheric Studies by Exploring Antarctica and South Pole' as summarized in the following links:

My best teacher will be always Prof. P. R. Pisharoty from Palghat, Kerala under whose guidance I did my Ph.D. in Atmospheric Physics from the Physical Research Laboratory (PRL) affiliated with the Gujarat University, Ahmedabad in 1976, from which was born the Indian Space Research Organisation (ISRO) with the efforts of many reputed scientists led by Prof. Vikram A. Sarabhai.

My Ph.D. Thesis is entitled 'Atmospheric Structure: Exploration over Antarctica and Inter-hemispheric Comparison' which I completed under the kind guidance of Prof. P. R. Pisharoty, my ever-best teacher, and its details are available online in the links given below:

Following the Indian Express front-page news report by its correspondent Sanjeev Gaur in Chandigarh dated 6th February 1982 which also appeared in all its other editions throughout India under the heading 'Left out in the cold' given on page 11 of the link: https://drive.google.com/open?id=1klvYfl9X6Wu6eKDEwCtRVYeQu9hLy1tl

I went abroad and joined the Al-Fateh University, Tripoli, Libya in 1982 for establishing a new Department of Meteorology & Atmospheric Science in the Faculty of Science there, a task which was earlier assigned to the University of Reading, UK.

I also worked in National Aeronautics & Space Administration (NASA), USA as a Consultant and several other places all over the world such as Academy of Athens, Greece, International Centre for Theoretical Physics (ICTP), Trieste, Italy under UNESCO, and Al-Fateh University, Tripoli, Libya, including the world's hottest place, El-Zizia in Sahara deserts in Libya at 58 deg C and the world's coldest place Vostok in Antarctica at -89.3 deg C covering all the seven continents!

My True Antarctic story freely available on the internet is definitely so inspiring for everybody in this difficult time of isolation and social distancing due to deadly Corona Virus Disease (COVID-19) pandemic, which was just a routine for us in Antarctica coupled with extremely harsh conditions of freezing temperatures, strong snowstorms with utter darkness of six months night in winter and glaring brightness of six-month daylight in summer with food scarcity and emergency there being cut off from the outside world for a long time in the following links:
Parmjit Singh Sehra


But all this without any national reward or monetary benefit other than losing my job and impounding of passport in 1986. It was done all due to a wrong action of Prof. P. D. Bhavsar, the then Director of SAC/ISRO, Ahmedabad, who also got my passport impounded on totally false grounds of secrecy, security, integrity, and national interest, etc., in 1986 causing me huge financial loss and extreme mental torture, but God always bless him too!

My passport was later released after a thorough probe and clearance by the Central Bureau of Investigation (CBI) in 1986-87 after which I again went abroad to earn our livelihood! My Ph.D. Guide Prof. P. R. Pisharoty, and Prof. Yash Pal, former Director of SAC/ISRO, Ahmedabad, condemned Prof. P. D. Bhavsar's wrong and biased action against me, and helped me a lot in this connection!

The things would have been very different if Prof Vikram Sarabhai were alive after my return from the South Pole, Antarctica on successful completion of our 17th Soviet Antarctic Expedition, 1971-1973, whose dream of opening a Gateway of India to Antarctica I had made true by risking my own life as described in the following links:

In my life, I was often hit very hard, but still I stood up and moved on, which tells secrets of my success, viz., - It is not how hard one hits the target to achieve success, but how hard one gets hit and still able to stand up and move on, which makes one successful in life! And after making a round of the whole globe and visiting & working in all the seven continents of the world, what I discovered was that 'East or West, Home is the Best'!

Happy Teacher's Day to Everyone!

World Environment Day Today - Save Our Rivers Like Ganga ...

" Let Us Save Our Earth "- Timely Warning by International Scientist


Atmospheric circulation: Exploration over Antarctica and


Adventures of the First Indian to Winter-Over ... - Dr Parmjit Sehra

Happy Golden Jubilee of Earth Day to Everyone on 22 April 2020 in COVID-19 Gloom!


Dr. Parmjit Singh Sehra
(Former PAU Prof, ISRO, NASA/USA & UN Expert, and First Indian Antarctic & South Pole Explorer also the First to do Ph.D. on Antarctic and global environment & atmospheric studies, and the Founder of the Indian Antarctic Programme, having visited and worked in all the seven continents of the world from Deep Freeze, the coldest place Vostok in Antarctica at -89.3 deg C to Furnace, the hottest place El-Zizia in Libya, Sahara Deserts at 58 deg C, with name in history and details on the internet)